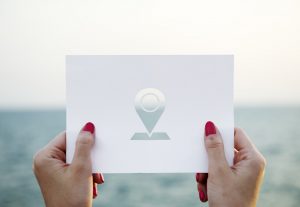 Switzerland… the land of banks, yodelling and a peculiar obsession for punctuality… but the country is much more than that! In this blog I’ve taken liberty to present to you another side of this amazing Central European country. In particular, the picturesque city of Lausanne and especially why Lausanne is literally THE place for your studies abroad. So let’s kick it off and see why YOU should study in Lausanne! ?

As a Central European country, Switzerland is outstandingly located within the European continent. What’s more, being in the Western side of the country, Lausanne is thus closer to the Western world. It is basically 1 hour, maximum 2 hours away by plane from any major European city. The closest international airport to Lausanne is the Geneva International – less than an hour away by car – one of the most important international hubs in Europe! So getting around will definitely not be a problem.

Ever wondered why an average Swiss man lives more around 85 years, the highest life expectancy on the Old Continent? Obviously, because of the high standard of life that the Swiss live. A prosperous, stable economy, alongside a flawless Healthcare system help the population maintain a high-quality life. Of course, everything comes with a price, so be prepared to pay the buck, because Switzerland is veeery far away from being a cheap country overall.

Swiss cities have something no other cities in Europe possess. All of them, when they were built by the respective urban architects, were designed with a clear mindset – to be either in the middle of nature or surrounded by it. And Lausanne makes no difference. Being on the shores of the famous Geneva Lake and having the Alps to the back, Lausanne is a marvel-city in a sea of natural beauty. Air has a pretty good quality as well :D.

Just so you know, there is no official Swiss language in Switzerland. Not because they use body language to communicate (haha :P) but, because there are 4 official languages in Switzerland – 3 that are originally from other countries than Switzerland (Italian, French, German) and one local – Romansch (spoken only in the South-Eastern Swiss canton of Grisons). In addition to that, being a top country, Switzerland attracts people of different nationalities, making it a multicultural and diverse cluster!

State of the art education!

Interested in Hospitality Management and would like to experience the Swiss life? We’ve got just the right thing for you – 2 webinars for Ecole Hôtelière de Lausanne! Check them out and choose the time that best suits you: