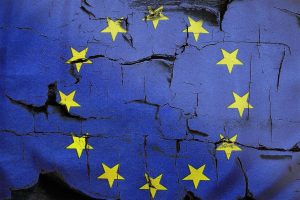 Brussels, Belgium… a city known to many for the rain and the famous Brussels sprouts… but there is definitely much more to it than just that! In this blog, we are going to discover together the main advantages of living and studying in this marvellous Western-European city. Shall we get started then, fair ladies and respectable gents?

The ‘Capital of Europe’

I mean, forget that I even mentioned the Brussels sprouts. They are nothing compared to the heavenly awesomeness a Belgian waffle can fill your mouth with! What’s more, Belgium as a whole is the globally recognized capital of chocolate and beer (there are around 200 breweries in a country with a bit more than 10 million people – A LOT!; also according to Wikipedia, ‘In 2016, UNESCO inscribed Belgian beer culture on their list of the intangible cultural heritage of humanity’)! Let’s also not forget about the fact that Belgium gave the world ‘French’ (the irony!) fries, one of the wonders of the international cuisine! So you’ll definitely have fun enjoying the local food products ?

To give you a brief impression on how international Brussels is, I’m just going to list couple of key facts and figured related to the Brussels region: it hosts 29 international schools, 180 nationalities that speak more than 100 different languages and the cherry on top of the cake – more than a half of Brussels’s residents were not born Belgian! Now you get the picture? You will be surrounded by like-minded people from all over the Globe – great chance for you to learn about other cultures and who knows, maybe another language? 😛

Everything is super accessible!

It is! Brussels is the midpoint of Western Europe, so it’s tremendously easy to reach any corner of Europe from the 2 international airports: Brussels Airport and Brussels South Charleroi Airport. Let’s not forget about coach companies facilitating terrestrial passenger access throughout Europe such as Eurolines or the European integrated train system Interrail – perfect solutions for cheap travel for students ?.

Belgians are crazy about their fraternity/sorority cast system while at university. I would say even crazier than the Americans. If you are a thrill-seeker looking for savage student parties, Brussels is for sure the place to be. Always keep this in mind – it’s all about SURVIVAL OF THE FITTEST!

You still seem unconvinced, right? Well, we may have just the right thing for you to completely make up your mind – take a peek at our upcoming online open days for Solvay Brussels School of Economics and Management!