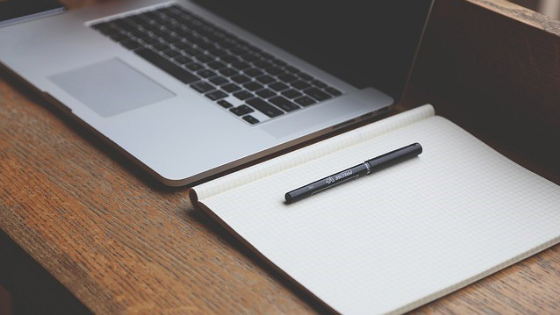 There are many reasons why the United Kingdom is the second most popular international study destination worldwide (according to data from UNESCO): Not only is it a vibrant place to live, but it is home to some of the world’s most prestigious universities and has a strong economy with good job opportunities for graduates. With a wide range of both general and specialised postgraduate degrees across its universities, it’s a fantastic place to study your masters. Such a life-changing experience doesn’t come for free, though – so how much can you expect studying a masters in the UK to cost?

Masters courses in the UK come in all shapes, sizes… and prices. On QS Course Finder, there is information on business degrees in the UK costing from £4,000 to over £40,000! Tuition fees for Master’s Degree programmes at UK universities can be divided into three tiers, depending on the subject of the degree:

Remember that the numbers given here are averages, and that the tiers are not official. Universities all have their own tuition fee policies – they just happen to often reflect the tiered model shown here. It is possible to find degrees with tuition fees that are significantly higher or lower than the averages mentioned here. As a general rule in the UK, the more highly ranked a university is the more it will charge for tuition fees.

There is one major exception to the tier lists, and that is Master of Business Administration courses (MBAs). While these are technically Master’s Degrees, they are seen as an ‘investment’ more than any other degree due to being a well-respected route into senior management roles. Because of this, their fees are normally far higher. While some business schools offer affordable MBAs, the more prestigious ones can have yearly tuition fees higher than £30,000.

There are ways to help cover the cost of tuition fees – scholarships are competitive, but all universities have scholarship schemes you can apply to. In addition to these, the Commonwealth and Chevening scholarships are all aimed at helping talented international students study in the UK. Because there are so many applicants, these scholarships require very competitive applications.

Prices vary a lot across different cities and regions in the UK. According to recent research by the National Union of Students (NUS), the average cost of living in the UK is £12,000 a year. However, it is definitely possible to spend less (or more!) as a student. First, a few general rules on prices in the UK:

In terms of living costs, your two biggest expenses will be accommodation and food, while travel and leisure activities are other common areas of expenses. While some scholarships only cover tuition fees, there are some that provide for living expenses too.

Many universities own accommodation which they reserve for postgraduate students – in some universities these are good value rooms, cheaper than private rents, in others it is high-quality, near-campus accommodation that is priced above market rates. Property markets are different in each city, but shopping around for a good room, flat or house can save you thousands of pounds. The NUS reports that students pay, on average, slightly less than £5,000 in rent per year.

Some universities in the UK provide ‘catered’ options – this means that you can eat all your meals in a canteen on campus. Although you do pay for this food yourself, it is often significantly cheaper than eating out at restaurants, and significantly less hassle than cooking for yourself. However, cooking your own food is the most cost-effective way to eat as long as you’re smart and thrifty about buying ingredients. When examined by the NUS, the average student was said to spend just under £2,000 on food each year.

When you choose your accommodation, you’ll also be influencing your travel costs. According to NUS figures, travel costs for the average student were slightly higher than £1,700 per year. However, if you live on campus, you’ll probably be able to walk everywhere and save a lot on travel (the UK is famous for odd taxes, but walking is still free…). Some university cities in Britain are quite small, so there you can cover most of your travel expenses by just buying a bike! If you’re living quite far away from your campus, or if your campus is far from important shops, you probably will use public transport a lot. Students do qualify for a lot of discounts on travel, especially in London – look into the 18+ Student Oyster card for 30% public transport in the capital.

Entertainment, parties, networking… no matter what you call it, you’ll want to have fun while at university. Whether this involves trips to the cinema, going on boozy nights out or chilled out days in a café, it’s all up to you. While some students in the UK have acquired a reputation (some would say unfairly…) for partying harder than they work, unwinding doesn’t have to be expensive. For example, most of the museums in London are for free access and students often qualify for discounts at museums, art galleries, restaurants, cinemas, shops and many other businesses! In fact, students often have easy access to student-run theatre, gigs, debates and the like, which are normally very good value compared to professional shows. The NUS report claims that the average student spends a bit less than £1,200 a year on leisure activities.

International students have extra costs to take into account. Flights or trains into and out of the country – how many times you go to and from your home country during each year can have a big impact on your spending, especially if you live outside of Europe. The best way to reduce costs here is (aside from going home less) booking long trips in advance to get cheaper fares. In addition to this, students from countries outside the EU often have higher tuition fees to pay.

To sum up, the average master’s student in the UK spends £12,000 per year on tuition fees and around £10,000 – £12,000 per year on day-to-day expenses, adding up to around £24,000. Fortunately, there are many ways for you to access funding for your degree in the UK (savings, a loan, scholarships etc.). You can supplement your income with part-time work in the UK, and many students get low-level jobs in the hospitality sector to help bring in extra cash.

Some degrees cost less than others, but none are truly ‘cheap’ – and they represent a great investment in your education, an incredible life-changing experience and influence your future career, especially if you’re studying abroad. Studying a masters in the UK is a dream that deserves to be followed – the best place to start is looking through the masters courses listed on QS Course Finder UK. Good luck!