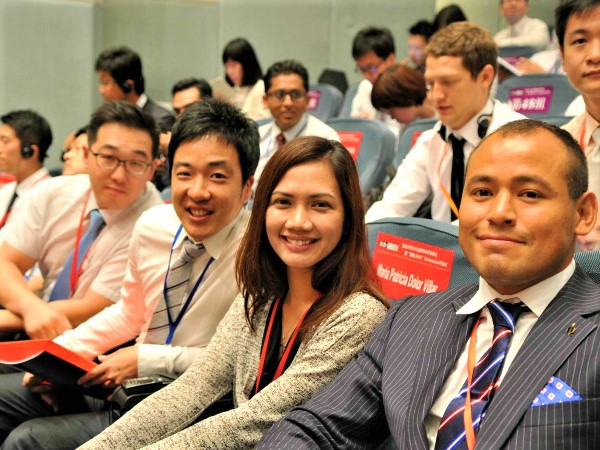 You dream of a #MovieLikeLife? We´ve all been there at some stage but we have now learnt that life cannot be like a film. Or maybe it can? Study abroad in one of the most popular Hollywood movies destinations and let us know, which one guarantees the most thrilling moments!

Many scenes of the action movie “Avenger – Age of Ultron” (2015) were filmed in the ultra-modern city of Seoul.  South Korea actually made an agreement with Marvel Studios to ensure that the city would be portrayed in a very positive manner, so that Seoul would definitely look very modern and high-tech. The country funded the movie by paying over $4M, and Marvel studios made sure that the end result was eye-pleasing… Do you agree?

There are times that we all feel a bit lost. Studying abroad surrounded by a very different culture can make us feel a little out of place and lead into slight homesickness as well. However, to get over it and actually see the amazing world and people around you, is where the whole experience gets to a whole new level because you need to get lost in order to get found…. “Lost in Translation“ (2003) is a great film that describes two lost souls finding and connecting to each other on a platonic level. The following scene takes us through some of Osaka’s beautiful surroundings so check it out before you go and study in Osaka.

Shanghai has been a shooting destination for several bigger scale Hollywood movies, yet perhaps one of most interesting scenes showing some of the more traditional outskirts of the city can be found in “Mission Impossible III” (2006). Follow Tom Cruise running through this local community built on the riverside and get an idea how amazing Shanghai can look once you leave the modern parts of city.

Almost everyone likes Julia Roberts and when you take her to the beautiful island of Bali and the area of Ubud the end result is nothing less than stunning. “Eat Pray Love” (2010) that follows a spiritual journey of a divorced middle-aged woman, has since it’s premiere inspired many of the women worldwide to travel to Ubud to take part in spiritual and yoga retreats. Ubud has since the 1990’s very much evolved into a cluster of arty and bohemian people from all ends of the world. Asia Exchange’s partner university, Warmadewa University is located just one hour from the rice fields and traditional areas of Ubud featured in this film.

When it comes to Hollywood films shot in Thailand, one can’t forget about “The Beach” (2000) with Leonardo Di Caprio. One of the opening scenes was filmed in Old Phuket town, but soon the movie moves on the to the actual set, Maya Bay, right next to Koh Phi Phi. When one imagines a perfect tropical beach location, this is more or less exactly what typically would come to one’s mind. Asia Exchange students studying in Phuket always do a group trip to the amazing island of Phi-Phi, and looking at this scene from The Beach shouldn’t leave you wondering why.

Do you feel inspired by these movies and you would like to study abroad in one of those places? What are you waiting for! Head over to Asia Exchange’s site and learn how you can mak your dream of a semester in Asia come true!

This month we are organising a special Online Open Day with Fudan University and MIT (Massachusetts Institute of Technology) and you are invited! Join the free webinar with Long Sun, the executive director of the program and learn everything you need about the joint structure of the course, the second degree program opportunity from MIT, Yale and York University and so much more!

READ MORE: 10 steps towards building the perfect CV for an MBA.

READ MORE: Six degrees that will be highly paying you by 2025.