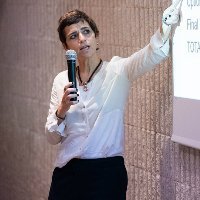 Occupying the northern half of the North American continent, Canada is known for its natural beauty – few nations in the world can boast anything close to its wealth of forests, lakes and mountains – and for its multicultural diversity. The country has official bilingual status, with both English and French used concurrently in the government and official documents.

Canada has ranked as one of the top ten places to live in the world since 1994 according to the United Nations (UN) and the Economist Intelligence Unit. In the UN survey Canada earned particularly high marks for its access to education, high life expectancy (due to universal health care system); and low crime and violence rates. In addition, Canada’s largest cities have been recognised as world class cities in which to live and work, for their cleanliness and safety and for their cultural activities and attractive lifestyles.

Choose to study in Canada and you’ll have the opportunity to encounter vastly different cultural and natural experiences; from the ski slopes of British Columbia to the prairie province of Manitoba, with cities such as Toronto, Montréal, Vancouver and Quebec, famously friendly, tolerant and multicultural. This country is also known for its sparse population (despite being the world’s second-largest country, it has a population smaller than just one US state, California) and for its harsh winters.

Canada has a well-established position among the world’s leading study destinations; as of 2012, it was the seventh most popular country for international students, who accounted for 6.5% of all post-secondary students in the country. Of those, the most popular Canadian provinces were Ontario, British Columbia and Quebec, which between them are home to many of the top universities in Canada.

For those looking to study at an elite university in

The quality of education and living standards in Canada are amongst the highest in the world, but the cost of living and tuition fees for international students are generally lower than in other countries such as the United States and the United Kingdom. As such, Canada is often the preferred choice for students attending college or university.

Canada’s high academic standards and rigorous quality controls mean that you’ll be earning a high-quality education that will open doors for your future and benefit your career over the long term. A Canadian degree, diploma or certificate is globally recognized as being equivalent to those obtained from the United States or Commonwealth countries.

If you’re interested in learning about audio engineering, film, animation, fashion design, interior design or photography, the Centre for Arts and Technology of Canada is the perfect place for you to study. It offers different programmes that bring industry-leading talent into the classroom and connect students with real-world projects alongside businesses and organizations in the community. Join our online informative session and find out all what this centre has to offer.