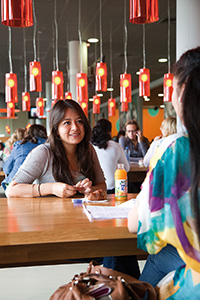 This is a guest post by Eurogates.nl “a promotional world-wide platform for Dutch Universities and Business Schools”.

The large growth expected in the amount of Indian students seeking higher education abroad is encouraging Dutch universities to expand their efforts to attract new students.

Recent trends show an increasing number of Indian students searching for higher education abroad. Indian students have already displayed a significant interest in studying in the Netherlands. India is currently one of the top five non-EU countries to send its students to Dutch institutions.

In the 2012-2013 academic year about 800 Indians were enrolled at a Dutch university and this number is expected to rise every year for the foreseeable future. Because of this, Dutch universities are very interested in attracting more talented Indian students to come to study in Holland. That is why organisations such as Nuffic are developing new resources in India and other countries to showcase what Dutch higher education institutions have to offer to motivated students.

had to say about their universities and programmes, including advice and tips for other interested students. Ajith Sridharan is doing a Master of Science degree in Aerospace at Delft University of Technology (TU Delft). He found out about the programme from a friend and, after doing some more research into the school, he decided to apply. Ajith says that the international office at the university provided him with excellent guidance while he was applying and after he arrived. He suggests to future students to take the time to learn some Dutch. This will help them to integrate more easily, while also providing an excellent foundation for the workplace if they wish to stay in The Netherlands after graduating. Ajith also advises fellow Indian students to pick a school and programme that they like and are passionate about and to not only focus on the rankings of a school.

Another student at TU Delft, Dushyant Parkhi, is studying Aerodynamics in Aerospace Engineering. He took a summer school course to prepare him for the ‘roller coaster’ that he describes his experience as. Between the hard but rewarding workload, projects, and various assignments, Dushyant made international friends from Belgium, South Africa, Italy, and Spain, while also getting to know some fellow Indian students. Although he describes his programme as quite physically and mentally tough, he also says he is incredibly satisfied with the long-lasting friendships and the promise of a successful career that he has been given by his time at TU Delft.

He encourages future students to take the time to explore The Netherlands and its neighbouring countries as he himself did, even with a limited budget. Gautham Ram, Prem Prasad, and Venkat Subramaniam also study at TU Delft at various levels and in various fields. Gautham, doing an MSc degree in Electrical Power Engineering, describes Holland as clean and beautiful, full of friendly English-speaking people. He recommends Holland as a study destination because it is a multi-cultural environment where language is not an issue and the learning atmosphere is motivational, yet challenging. Prem, who did a Master’s degree at TU Delft and is back to complete his PhD in Aerospace Engineering, also points out that the learning environment is open, but direct.

Professors treat students as equals, encouraging discussion while guiding them in the right direction. The Dutch are known for being very straightforward, which Prem suggests can be overwhelming at first, but in the end is much more effective when giving feedback to students. Another thing to get used to for Indian students will be the food and the weather, but Prem says these are an enjoyable experience nonetheless and encourages other students to come to Holland.

Doing a Master’s in Computer Engineering, Venkat recommends studying at TU Delft to anyone. He says the school has excellent research facilities and offers students flexibility and freedom. He also has great things to say about the international office which helped him with his questions before he applied, as well as welcomed him when he arrive to Holland and provided him with information and events throughout his time there.