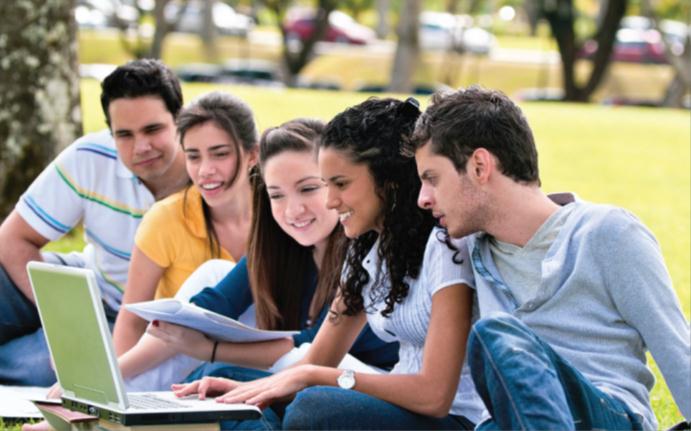 This is a guest post by Kevin Gannon. Kevin is a recent college graduate looking to expand on his English degree by pursuing a career in online journalism.

As a recent college graduate, it’s easy for me to have an insular view about my generation and what I’ve personally experienced. My focus now, of course, is on landing a job and making sure I’m getting my career off to a strong start. The same went for when I was in school and offered so many resources by my university beyond what was even available 10 years ago in 2003.

I began thinking about how much has changed over that brief amount of time in addition to just how lucky students have become thanks to the Internet. I’m not talking about the luxuries afforded by the web—you can order food online, for one thing—but rather the incredible ways colleges and universities are able to connect with their students now compared to a decade ago.

Just for reference, back then, there were no social media services like Twitter, Instagram, Soundcloud, Pinterest, and so on, all of which are now so easily accessible with a single click on, for example, one of Verizon Wireless”s newly released iPhones. Facebook technically existed then, not even remotely close to how we know it now. Back then, it only existed at Harvard and it was called Facemash. It would take another year for it to really get on its feet and hit that one million user mark.

Speaking of Harvard, let’s take a look at how the university is doing in terms of web presence. The school is closing in on three million likes on Facebook and they have more than 270,000 followers on Twitter. Those are impressive numbers, of course, especially when you look into how active their users are on tweets and Facebook updates. People are actually reading, clicking, etc… on the links and posts, which Harvard has definitely taken into consideration. Just look at this update and you’ll see how effectively the university reaches and engages those who “like” it on Facebook.

Consider how members of the school’s community, both administrators and formers students, reached out to incoming students during the lockdown following the Boston Marathon bombings in mid-April 2013. They took to Twitter to hold a “virtual visits” session and answer any and all questions those new students had, according to the university’s website. Similarly, the university made sure to update its social media pages with further cancellation notices—a smart move considering studies show that 79 percent of people aged 18-44 have their smartphone on them 22 hours of the day.

Flashback to 2003, and Harvard’s outlets to reach their students, both potential and current, were obviously much more limited. Basically, you had the ability to update the school’s website—though not nearly as many people were on there compared to today—and send out an alert via a telephone messaging service and e-mail. It’s important to note that those same tools can and will be used now, particularly text message alerts, but reaching students where they’re actively visiting? That’s taking communication and efficiency to another level, even more so when it’s done correctly.