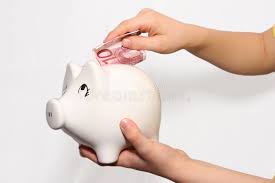 As a student, you’re learning every day and thinking about your future. You’re also probably full of ideas, and maybe you’ve got a great business idea – maybe more than one!  But what do you do with that idea? Can it make money? In this article, we’ll talk about how the idea of one college student turned into a multi-billion-dollar public company called Under Armour.  (You may have heard of it.) We’ll also discuss how you can start a business and make a profit.

The Under Armour Story

In the mid-90s, Kevin Plank was a fullback at the University of Maryland and was frustrated by having to wear t-shirts under his jersey that constantly become sweat saturated.  He realized, though, that his compression shorts stayed dry, so he has an idea for a t-shirt made with moisture-wicking synthetic material. After graduating, he created his first prototype and started his business from his grandmother’s basement.

To found the company, he used his savings account funds which he had earned by selling t-shirts at games, and he ran up some credit card debt – he was broke at this point. Then, a year after founding the company he had his first sale to Georgia Tech for $17,000. After that, he had sales to two dozen NFL teams and had earned a total of $100,000. His first big break, though, came when he was asked to outfit characters in the movies Any Given Sunday and The Replacements.

Sales took off from that point, and after 10 years, the company went public, and today the company has over $5 billion in sales per year.

How you can learn to Make a Profit from your Idea

However, you first need to research and refine your idea. You need to make sure your business idea is a real opportunity. Look at other companies that offer something similar and see how successful they are. You need to find a way to make your business unique so it will stand out from the competition. You also need to determine who your target market will be. Who is most likely to buy what you’re offering and where will you be able to reach them? You should also research your industry forecast to see if it’s growing or in decline.

More importantly, though, you need to test the market for your idea, to make sure it’s solving a problem, and that people will pay for that solution. You cannot just assume that people will buy what you’re offering.

Kevin Plank’s idea came from trying to solve his own problem – sweaty t-shirts – and the solution worked for him. He also gave his new shirts to former teammates, who also liked his product. He was, in effect, testing the market.

With your idea, if you can create a prototype of your product or service and test the market by letting people use it, you’ll get real feedback that will tell you if you have a viable idea. It will also tell you how you can improve your offering.

If you don’t have the funds to create a prototype, you can just talk to people. Ask family and friends for their honest feedback about your idea.  You can also hold a focus group where you invite people that you don’t know to come together and give you input. This way you are testing the market before you spend any money at all.

This is important because the last thing you want is to spend time and money building a product that no one will buy. Skipping this step is a common mistake among entrepreneurs, and they learn the lesson the hard way. They go through the entire startup process, take their product to market, and then – bam. Nothing. The problem was that they made assumptions about what people wanted, rather than researching and testing the market.

Once you know that you have a viable idea, you need to make sure that it’s financially viable. You need to determine exactly what you need to spend money on before you can start selling. You’ll have the cost of making your product or preparing to offer your service, and costs for things like business registration, insurance, and business licenses. You may also have equipment costs or supply costs, and software costs. Then you’ll have to spend some money on marketing.

Create a spreadsheet listing all potential costs and estimate the cost for each item. Then you’ll know if you have enough funds, or if you need to apply for a business loan or seek other financing. If you would like to get more details on Gross-, Net sales, taxes, cost of goods and track your financial situation see these financial statements template.

Then, you’ll need to determine your prices. Research the market to see what competitor prices are. You also need to look at what your product costs to make and price your items high enough to make a reasonable profit. Then, examine how much you can reasonably expect to sell and how much revenue you can bring in on a monthly basis. Also, look at what your monthly costs will be.

From this, you can determine how much you need to sell to break even and how much profit you will make at various sales levels. At this point, you’re trying to figure out if you can realistically have a financially sustainable company.

Under Armour started with nothing but an idea, and it’s grown into a multi-billion-dollar company. You too can turn a business idea into profit. You just need to do your homework first. Research the market and the financial viability of your idea before you do anything else. If you find that it is viable, go back to those business idea guides and learn the steps to take during the startup process. If you learn that your idea is probably not viable, no worries! Move on to the next idea, and never give up.