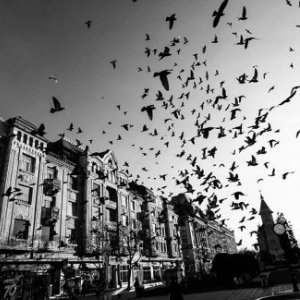 The world is changing and the industries have to keep up with the changes in the environment and the rise in population, one of these industries is the energy sector. Did you know that the energy industry is one of the biggest and fastest growing industries?

Energy is essential for food production, fueling transport, and is providing communication channels across the world. As the global population rises all sources will be needed to meet growing needs in a sustainable way. More than 9 billion people are expected to live on Earth by 2050, up from 7 billion today. Asia’s fast-growing cities play a big role in this growth.

Living standards improve for many across the world and more people buy their first refrigerators, computers or cars. This could lead to use of energy rise even up to 80% by mid-century from its level in 2000. In addition the energy consumption in the Middle East and North Africa is expected to rise by as much as 114 per cent from 2010 to 2050.

That means a range of sources could be needed to supply this vital energy over the coming decades. Up to 30% of the world’s energy mix might come from natural processes such as solar, wind, ocean, hydro-power  in 2050. These sources are considered

to be environmentally friendly and harness natural processes and provides an alternate ‘cleaner’ source of energy, helping to negate the effects of certain forms of pollution.

The current most common source of energy is oil,  globally we use around 13,528,620,576 liters everyday. The leading oil export countries are Saudi Arabia, Russia and United Arab Emirates. In Europe Norway is the largest oil producer and exporter.  Norway is also the second largest exporter of natural gas after Russia, and ranks fourth in world natural gas production.

The energy sector constitutes a relatively modest share of GDP in most countries, and the oil-, gas- and energy sector has grown in significance over the last years.

This being the case, there is a scope for plenty of young graduate recruits who are looking to break into an exciting, forward-thinking industry. The sector largely offers up career opportunities in the areas of engineering and science, but recruits people with a wide range of skills. With thousands of new jobs that will appear over the coming years, now is a great time to seek a career in this sector.