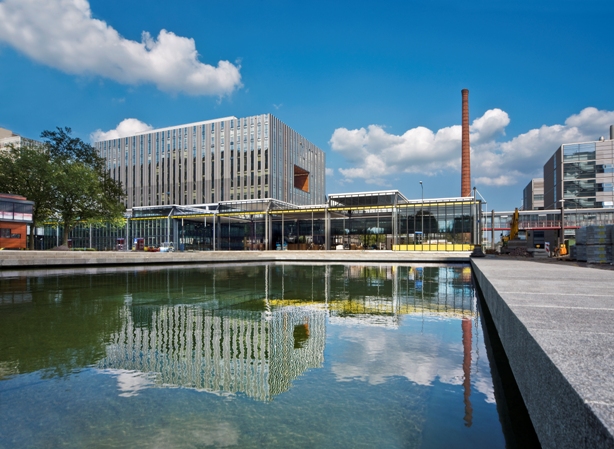 We all know The Netherlands is a technologically advanced country, where innovation and sustainability are two of the pillar-values the Dutch society is based on. But how are those technological improvements generated? The answer is easy – by having an extremely performant educational system producing knowledge that after is transformed into real-life applications. To that, we have to thank the largest technical university in the country, which is Eindhoven University of Technology. Let’s walk together through the main things that make it an awesome place to study!

I am not joking around with that statement. Eindhoven University of Technology has one of the most modern and futuristic-looking campuses in The Netherlands. And no, I am not referring just to the library, the classrooms or the gym. Workshops are equipped with the latest technological equipment, for a memorable teaching experience. As it can be observed, the Dutch educational system is principally based on practicality rather than on memorization, thing that makes is so performant, right? Students are taught how to do their future jobs, rather than being fed information which they will never use in the future.

As stated in our previous the blog, tuition fees in a nutshell are extremely decent at Eindhoven University of Technology. As they are standardised by the central Dutch Government (while being also vastly subsidised by it), they start at around €2,000 per academic year (and €6,000 for non-EU students). Less expensive than countries like U.S.A or U.K, that’s for sure! And on top of that, guess what else is available for motivated future students just like you – SCHOLARSHIPS! There are certain schemes running in the Netherlands offering scholarships to students based on merit and universities sometimes offer them as well.

The city they call the ‘Brainport’

Any idea why the Eindhoven region is called ‘Brainport’? I’ll tell you why – because apparently it is considered the ‘smartest region of the world’. Why the smartest? Because it creates technology. ‘Technology for what?’ you may wonder. It’s simple, this technology is used to solve the societal issues of today and of the future. In other words, there is a continuous need for people in the area, meaning that there will always be countless employment opportunities for talented technicians. And where would local employers go search for talented technicians? Exactly, you’ve guessed it right – their local talent pool called Eindhoven University of Technology!

Future is being built today

It is indeed. Eindhoven can easily be considered the Silicon Valley of Europe, since many inventions and innovations have had their origin there over the past several decades. Does anyone remember the infamous Compact Disc (or CD)? It was developed by Philips in a joint project with Sony and it became reality in Eindhoven! These days, Eindhoven itself, alongside its centrepiece – Eindhoven University of Technology, are all about improving society via science and technology, addressing issues like sustainability, green energy, agri-food, or health, so why not the opportunity to become a technician in those fields today?

It’s so easy to do that! Are you passionate about Technology and willing to study abroad in The Netherlands? Then why not get in touch today with Eindhoven University of Technology officials and get any questions you may have answered directly by them? All you have to do is choose whichever online open day presented by Eindhoven University of Technology you are interested in and register for it – you will get all the info that you need on your email ?